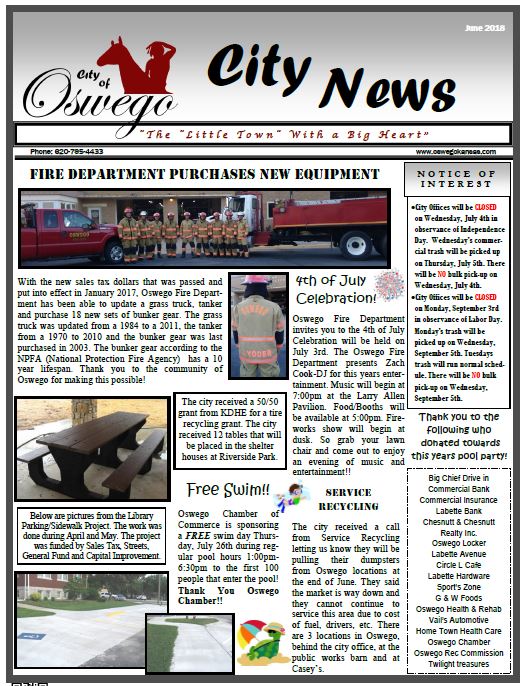 With the new sales tax dollars that was passed and put into effect in January 2017, Oswego Fire Depart-ment has been able to update a grass truck, tanker and purchase 18 new sets of bunker gear. The grass truck was updated from a 1984 to a 2011, the tanker from a 1970 to 2010 and the bunker gear was last purchased in 2003. The bunker gear according to the NPFA (National Protection Fire Agency) has a 10 year lifespan. Thank you to the community of Oswego for making this possible!